The Idea of a regional NATO-like military alliance is not new... 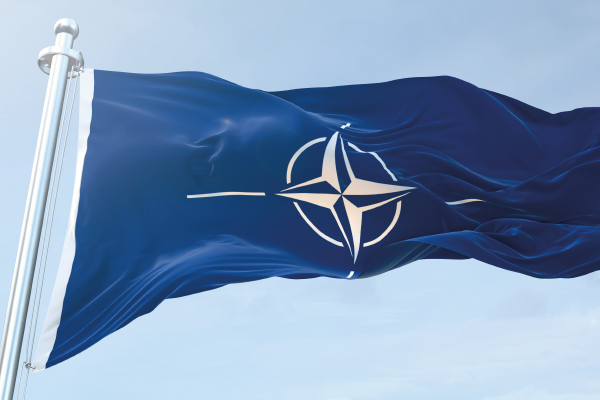 The Idea of a regional NATO-like military alliance is not new...

The Idea of a regional NATO-like military alliance is not new. It is a concept based on the perceived success of NATO as well as the need for elevating military cooperation in the region against perceived threat.

The Idea of a regional NATO-like military alliance is not new. It is a concept based on the perceived success of NATO as well as the need for elevating military cooperation in the region against perceived threat.

The Joint Defense Council of the Arab League was created back in 1950. The Peninsula Shield Force of the Gulf Arab States Cooperation Council (GCC) was created in 1984. But none worked out.

Three years later, a similar concept for a Middle East Security Alliance (MESA) was floated by the former US President Trump as part of an effort towards establishing close security cooperation among the 6 GCC states plus Jordan and Egypt. That also didn’t go far.

Why an Arab NATO?

From the point of view of the US an Arab NATO, can help address threat from Iran Ballistic missile particularly against Israel which was attacked by Iraq scud missiles in 1991. An Arab military coalition can also help in the US effort to counter global terrorism which required a military confrontation with ISIS. But primarily, the major objective of the US is to implement the Obama Doctrine of “burden sharing” which required regional countries to take more responsibility towards their own security thus allowing the US to reduce its power projection costs.

Is that what the Region wants?

The GCC countries are keen on restoring the competitive edge the US have had in their global relations. The security guarantee. The US, since Obama, has been reducing its security assistance to “free riders” in the region at an alarming base. The withdrawal of Patriot Missiles from Saudi Arabia was possibly the biggest blow to that relationship. The fact that the US administration which paid a hefty political price implementing a strategy to withdraw from Afghanistan and Iraq is discussing security guarantees to the region, does not inspire confidence.

The faltering role of the US in providing security support or using its weapon sales as leverage, including the grounding of aircrafts and withdrawal of air defense missiles, have made bilateral guarantees from the US, which can be easily revoked by executive order or congressional committees rather worrying. This means that a bilateral US security guarantee may not be the type of guarantee the region wants.

The Case for A NATO+

A US agreement for security guarantees to the region in return for limiting, or ending, relations with Russia and China may not be the best strategy for the US.

US and western allies should think about expanding NATO to a NATO+ format and offer GCC and other countries in the region including Egypt, Jordan and Morocco and Israel a membership in the extended NATO.

This will provide the Arab countries an easy integration into an existing framework, the robust multilateral commitment, instead of the easily revokable bilateral agreement as well as the protection of Chapter 5.

On the other hand, the US will make sure that these countries, and their weapon purchases will continue to be western and make sure that the GCC security interests will be entwined with western interest. For the US and the remaining of Europe this will put a limit on Arab countries military relationship with Russia and China.

The + designation may not include a veto, like current members, but should include a chapter 5 which is integral to the alliance. Such an extension could also be an upgrade to the Istanbul Cooperation Initiative that will see the reach of NATO extend way beyond the North Atlantic.

NATO+ may require a long process, with lots of red tape involved, but it will bring far more value to consolidate western interest with its allies. Creating a NATO+ may prove to be more reasonable to western allies than reinventing it for the region.

Is a blue economy the future of Mideast-Asia partnerships? - Opinion